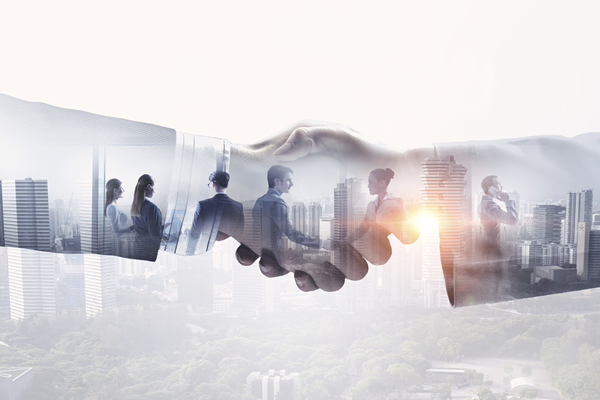 I write this article to offer a bit of advice to prospective business partners. I have found over the years that two of the most common problems I encounter regularly in a dispute between business partners is: (1) the failure to document their agreement or understanding; and (2) the failure to follow through on a promise or commitment. Both of these problems Invariably lead to misfortune.

In my experience, selective memory seems to be the culprit. By and large, a client will come to see me to complain about the partner who is not living up to his end of the bargain; that the unscrupulous partner is not sharing the profits as planned or is spending company money on frivolities or simply not pulling his weight; the list goes on. My first question to the client is whether there is a written agreement describing each partner’s obligations, responsibilities and rights. When the client inevitably tells me no there is not, but that “we agreed verbally”, that’s when I know there is a problem.

Often, I can resolve these disputes by getting the partners together in a face-to-face meeting to resolve their differences and help them get back on track. Other times, the best course is to simply work up a separation between them where we dissolve the partnership, or one partner buys out the other. Other times still, partners dig in because the offences are too vast and likely will result in litigation, which most often is not the preferred choice, or the result they expected.

The moral is, when you do decide to form a partnership relationship or form a business entity with another, be sure to document your understanding with a written agreement. Naturally, I prefer to prepare an all-encompassing document that speaks to the various events that may or may not occur in a business relationship; however, the Agreement does not need to be fanciful, but merely needs to state your intentions and expectations.

As for the failure to follow through on a promise or commitment, without getting into a deep discussion using unwarranted legalese about derivative lawsuits and breaches of fiduciary duties, I’ll keep it light and on the surface.

It’s true, even with a solid partnership agreement or other documentation that describes one’s rights and obligations, disputes among and between business partners may still occur. Too many times I have received a phone call from an infuriated business owner complaining that her loathsome partner is not living up to his end of the agreement. The odious other partner is stealing from the company coffers or is not pulling his weight. What can the disappointed partner do?

There are a number of things one can do to hopefully reverse the spiraling relationship, communication being key among them. For example, if appropriate, I may initiate a meeting with the partners to discuss the problems and determine if the relationship can be salvaged. Often times, once fully informed from both sides, it is possible to reach a compromise between the partners by helping them to understand the consequences of fighting each other as opposed to working out their differences amicably. This is the usual the best result hoped for.

Sometimes, however, the differences between the partners run too deep, and separation is the only route to travel. In those cases, the partners typically have two choices: (1) dissolve or sell the business, where both partners stand a chance of losing some or all of their investment; or (2) litigate their differences in court, which is typically a crap shoot. Either way, it is far better to try to resolve amicably.

The moral here is, if you have a dispute with your partner, take a moment to see if you can work through it through informal mediation. In my experience, more often than not, these type problems can be resolved through constructive dialog.

Next time, we’ll talk about the benefits of forming a corporate entity for your business.

This website is for informational purposes only and does not provide legal advice. Please do not act or refrain from acting based on anything you read on this site. Using this site or communicating with Abdallah Law Group, P.C. through this site does not form an attorney/client relationship. This site is legal advertising. Please review the full disclaimer for more information. Disclaimer | Learn More